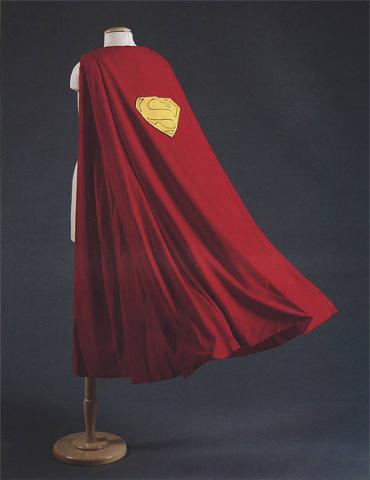 I can't claim to be an expert in comic books, but there's definitely a pattern you'll notice with many of them. Especially the superheros from the DC Comics franchise, like Superman, Batman, and Wonder Woman. These superheros can kick anybody's butt, any time they want. But they consciously decide to spend much of their time pretending to be ordinary human beings.

Why is that? It could simply be a way to make the plot more interesting. But if you think about it, it might have a lot to do with risk, and the ability to accomplish more in life when you don't it all on the table at every turn. Putting on that cape gives you a lot of power, but also carries a lot of weight. There's always the risk that something could go wrong when you wield that power indiscriminately. So you only leverage those capabilities when you need them to Save the World.

Car Control as a Superpower

I think this is true in racing, as well. Some drivers have an uncanny ability to drive a car on the ragged edge without spinning. It's an amazing thing to watch. The car is sideways everywhere, and the driver is continuously dialing-in opposite lock. But never enough to spin.

But in my experience, that isn't the norm.

Often times, those people just aren't terribly fast. Why? They're using ALL the car, right?

What is actually happening in this scenario is that you are voluntarily giving up grip.

Hopefully you're already familiar with the Traction Circle concept, right? If not, brush up on the Engineering Explained Video on the topic

The problem is that, if you exceed the traction circle, you actually lose traction. Not only that, but you lose a LOT of traction. Even worse than that, you usually have to slow down a lot to get it back.

So in an extreme case, a person who is over-driving may actually end up with the same net grip as someone who is only using 90% or less of the traction circle. Let that one sink in.

In other cases, they light the clock on fire with rocket runs every time. But more often than not, there's a "+1" attached to it. They just can't get a clean run.

We first talked about risk management as a key tool in your arsenal, back when we discussed how to Get it Done in One. Here's another reason why risk management matters: consistency.

You always want to utilize 100% of the car. But even if you get the car to 100% traction utilization, you still have to be on the right line, getting the car as close to the cones as possible without hitting them, and optimizing your opportunities to use that 100% traction capability.

When you combine a high amount of risk of upsetting the car with a high risk of being on a line that tags a cone, that's where you lose consistency. You can slow down, or change your line, or both. Either one will help you get clean runs. But it is kind of like balancing your stock portfolio: picking the optimal combination of risk factors can result in greater performance while managing risk.

There are a few folk who certainly look to me like they over-drive in a big way. Yet they show up on top of the results sheet every time. To be completely honest, I'm still not entirely sure how they pull it off. But all the examples I can think of fall into the "alien driver" category...and in those cases, there are many things that mortals like me can't explain about their performance. I suspect their human DNA was mixed with that of a rubber tree.

How do you actually make use of this information to go faster? Similar to anything else, it takes awareness and practice.

The first step is to be aware of when you had to "put on the cape" in the last run. The same "whoah moments" you can use to help you tune your suspension can also help you remember these moments. We talk about this a bit in Prelude to Sorting.

Next is to figure out how often the cape should come out of the closet. The cape is there to Save the World, so by definition, having to don the cape means you made a mistake. But if you NEVER put it on, that might mean you aren't pushing hard enough.

Keep track of this stuff! Whether you keep a written log, or simply have a target metric that you aim for, be aware of it. Because if you can figure out what the risk/reward situation is, you'll be able to go faster AND consistently nail clean runs when you need to.

Beer and microphones were used to create Episode 001 of the ConeCoach Podcast! And a huge welcome to a…

What Do You Do With Your Video? Modern technology allows us to record high-definition video with good sound from…