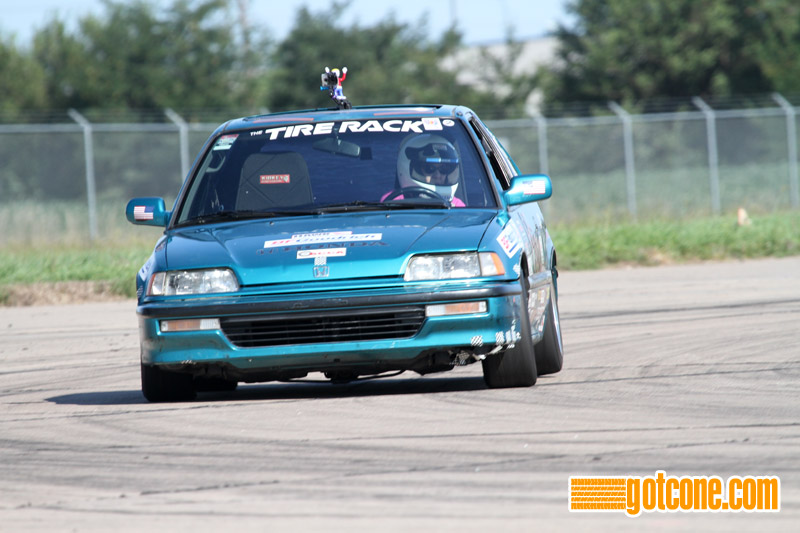 What Do You Do With Your Video?

Modern technology allows us to record high-definition video with good sound from a device weighing just a few ounces and bullet-proof enough to withstand water and some fairly substantial abuse.

While the relative affordability of these cameras is astounding, you’ve probably still spent hundreds of dollars on your [GoPro, Contour, etc] camera. Especially when you consider all the accessories, spare batteries, and related kitsch. What are you hoping to get from it?

If your primary goal is to put your favorite sound track behind it and throw it on YouTube, that’s totally cool. An entire industry has developed around sharing videos of sports…whether they qualify as “extreme" or not. But as you might imagine, I like to get a little more use out of my videos.

Note the title of this section: “Getting USEFUL Video.” It was not “Getting EPIC Video.” The first step in getting useful video is deciding what “useful” means. If you’re doing some specific research to determine, for example, exactly how close you are getting to the cones, then having a camera pointed down from the rear fender is a great idea.

But usually, we want to focus on capturing video that can have the greatest overall utility in our goal to improve ourselves as a driver. In my opinion, the most useful video is going to record as much information as possible on all of the following:

Many people simply suction-cup the camera to their fender or the roof of the car. This provides really good information about line choice, but unfortunately it doesn’t give us much information to work with regarding the other items on our list.

If it wasn’t obvious by now, it is really important to include the DRIVER in the video! The best location for getting all the information possible is to use a fairly wide-angle lens, and place it between the seats, a little bit behind the driver. Depending on your particular car, you ought to be able to get good video of the driver’s helmet, the steering wheel, and the course out the windshield (line choice). Some cars might offer the opportunity to get both the driver’s hands, the shifter, and the right thigh, all of which give you more useful information. If you can mount it so that you can even see both of the driver’s feet, you’ll be able to learn a lot about your driving style, inputs, and the real cause of many mistakes!

Here's a good example of a what I'm talking about. If it could be improved in any way, it would be great to have the camera a few inches higher to get a better view of the track, and maybe the driver's feet on the pedals.

Now that we’ve got the basics of useful video in place, let’s talk about some ways to make it even better.

Sound is data, too! If you cover it up with music, you may miss some of the most important clues for improving your driving. So skip the music.

But another problem is that most people autocross with their windows down, or in a convertible with no roof at all. In many cases, the buffeting from the wind on the camera’s built-in microphone will make it hard to hear exactly what’s going on.

You can get very inexpensive microphones, and for a little more money, you can get one that is amplified via its own small battery pack. My favorite setup involves an amplified external microphone that is tucked into the passenger-side of the center console, down by the footwell. This seems to be a great place to hear engine noise, tire squeal, and driver “commentary,” all without wind buffeting.

Here's an example of what happens when you use a GoPro with an unmodified waterproof case. Notice how much is lost when you can't hear well, compared to the other examples shown here. The easiest thing to do here is to drill some holes in the case near each of the microphones.

The new generation of cameras have image stabilization software that does amazing things. But that only goes so far. Video from cameras mounted via cheap clamps or suction cups just aren’t as useful. Same goes for mounting your camera to your seat. Most seats move quite a lot from the driver’s weight during corners and bumps, and it can make it harder to get the most out of your video.

One of the best ways to get useful information out of video is to do side-by-side comparisons between drivers. Simply set up two video windows side-by-side on your computer and play them at the same time. Unfortunately, none of us has enough hands and computer mice to click everything at exactly the right moment, but the technique still works well enough to be useful.

It can also be useful to get multiple cameras, and view from different angles. There is some software to help do this, such as Race Render.

Video analysis is useful because it is very intuitive. It represents a recording of your run in a visual and audio format, and we’re pretty comfortable using our eyes and ears to do analysis. But it is subjective. Digital data loggers can use additional sensors to record more than just light and sound, and do it in a very objective, numeric format. So perhaps the most powerful use of video is to consume it directly in reference to data. Some data packages allow you to synchronize the data with video. A few will even allow you to do side-by-side comparisons of both the video and the data. SoloStorm by Petrel Data Systems can do this rather well, though it does take a long time to process the video.

Video can be one of the most intuitive and inexpensive ways to improve your skills as a driver. So do yourself a solid and make sure you take care to do more with your video than set it to your favorite rock music and post it to Facebook. Mounting the camera in the right location is critical to getting the most out of your recordings.

When to Put On the Cape

I can't claim to be an expert in comic books, but there's definitely a pattern you'll notice with many…

When to Adjust In the last installment, we covered how to find the optimal air pressure settings for the…