Why is it that some cars look like they always just work while others look like they are just too much work to drive? You've got the fancy triple-adjustable shocks, the same sway bar as last year's National Champion, and you've bolted on all the right parts according to those people on the Interwebs who have three thousand posts. But the car still sucks.

If you have a friend who drives a similar car in the same class, ask for the opportunity to trade a few fun runs. It is amazing how two nearly-identical cars can drive so differently! Even when they're both fast.

And how is it that some people just seem to know what to do?

It certainly is a wonderful feeling when you find that perfect tweak that can bring an evil car to heel. But the reality is that, most of the time, sorting a car out takes a lot of work, a lot of time, and a lot of good attempts at bad ideas...or vice-versa.

We're embarking on an on-going series of posts that will dissect the entire process of "sorting" a car. We're going to cover the whole spectrum. Maybe some of these topics will seem obvious to some people, but hopefully everyone will pick up some pointers they can use.

But before we do anything, the first order of business is to get our head screwed on straight. 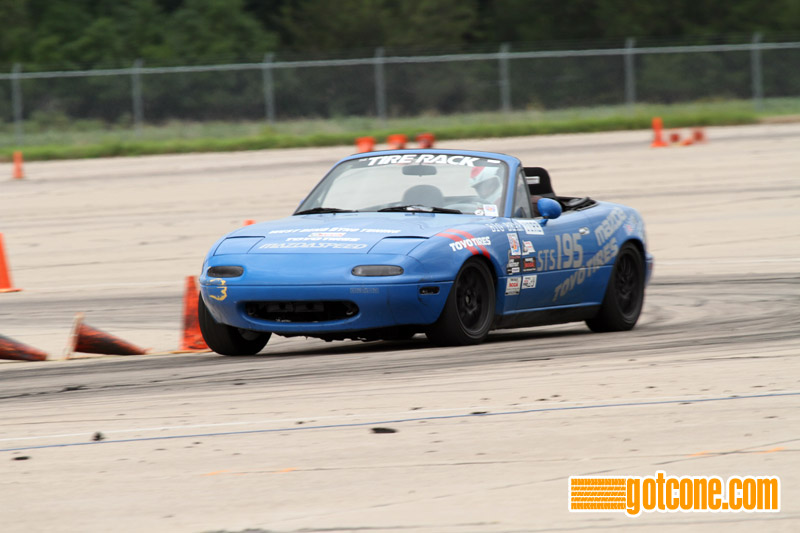 Before we can fix anything on the car, we first have to have the diagnostic tools to figure out what needs fixin'. This can be one of the biggest challenges in itself.

It is true that cameras and data-loggers can actually give you information about how the car is handling. We'll cover that in another post. But a box of circuit boards on the dash cannot (at least not yet) really tell you whether your car works or not. Only you can tell if the car is working.

In order to do that, you have to remember what happened on that last run. Unfortunately, this is really difficult for most people! It takes a lot of mental power just to remember the course and execute the attack plan you've been visualizing.

One of the techniques I use is to be on the lookout for moments when the car does something I don't like or didn't expect. Most people instinctively fire off a little "whoa!" or "what the heck?" in their head when that happens. By itself, that "whoa!" reaction isn't particularly useful. In fact, you really don't want those thoughts about what happened in the past to distract you from attacking the next element.

But those moments are critical to getting faster! So don't completely ignore them. You can train yourself to make use of those moments with minimal distraction.

You don't have time to ponder the situation. Too much going on! But trigger off that emotional reaction, pair it up with some minimal amount of useful information, and tuck it somewhere in the back of your mind for later analysis.

What information should you pair up with that "whoa!" moment? How do you translate all the red mist from that last run into some actionable ideas on what to do to the car?

As we'll see as this series of car-tuning posts progresses, it isn't enough to come back and tell your co-driver, "The car is understeering." Even on a Stock...erm, I mean Street...class car, the available options for tuning require more information. So here's one way to help make those mental snapshots more useful.

(HINT: If your day job is in IT, car repair, or any another technical field, this is going to sound pretty familiar)

Break every corner into three phases:

What were you doing?

Remember as much as you can about what you were doing at the time. Some examples:

What were you trying to do?

What triggered your "whoa!" moment? Examples:

FINALLY, we get to the conclusion that we've been waiting for! The car:

The more of this contextual information we can remember, the more likely we are to come up with the right solution on the first try. And when you only get 3-6 runs on an autocross course, getting to the right answer as soon as possible becomes VERY important.

Which Knob To Turn?

Last time, we talked about how to "parse the car", or nail down a precise description of…

Getting it Done in One

The rain stopped just as you pulled into grid. The clouds are breaking up, the sun is starting to…