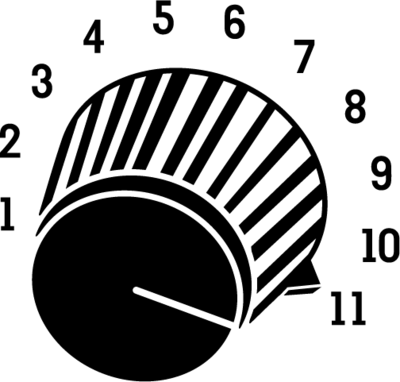 Last time, we talked about how to "parse the car", or nail down a precise description of what, exactly, is or isn't working about the car. But before you get all itchy with that tire pressure gauge or Koni knob, we still need to figure out what to do next.

I've got this really neat little book called Carrol Smith's Engineer in Your Pocket that is pretty slick. You simply dial up the problem you're having, and it tells you what to change. Or, rather, it gives you a list of options. It is based on road racing, so it isn't always relevant to autocross.

But you still have numerous options to pick from! And picking the wrong one could make your car worse. The book is only intended to be a memory aid. Carrol published several large volumes on how to tune a race car, all of which are fanstastic. This little gem is only the cheat-sheet. If you really want to go fast, you need to know why these are the right answers, and the pocket guide won't tell you that.

Maybe someday I or someone else will publish a pocket guide just for autocrossers. But it is far more useful to be in a position to come up with your own answers to handling problems. So let's do that.

You Only Have Four Real Friends

We're talking about tires, of course. More specifically, contact patches. Absolutely everything your car does happens through these four little dots on the road. The TireRack points out that Shaquille O'Neal has a larger contact patch than most of our cars. He weighs 325lbs. Yet somehow, a modern street tire can allow a car weighing TEN TIMES that weight to produce as much as 1.2G in a corner. R-comps and slicks generate even more grip. Next time you meet an engineer from a company like BFG or Hoosier, bow to them as though they were a god. Because they pretty much are.

Those contact patches like it a little rough, too. For one thing, tires will generate more grip when you apply some amount of weight to them. Up to a point, at least.

Also, most tires generate maximum grip at some amount of slip angle. Street tires might be around 5-7 degrees of yaw, while some (especially bias-ply slicks) like to be slid sideways to the tune of 10 degrees or more.

What does that mean? You have to be a little aggressive. You have to lean on them a bit, and push them around. They like it that way!

...but they're total drama queens

But every tire has its limits. And when those limits are exceeded, even by the smallest amount, every tire will make your life miserable. And they hold grudges, too.

Ever "overcook" a corner? Notice how it seemed like FOREVER until the grip finally came back enough to make it through the turn? Autocross is defined by tenths of a second, and a contact patch that is treated badly will hold a grudge that can last several seconds...an eternity in our sport.

Let's come up with an example, using the process we discussed in the previous post. Let's say we've decided that the car is...

OK. That's some good, specific diagnosis! So, now what? Which of these changes might fix your problem?

And that's just if you drive a Street-class car. Those of us in Street Prepared can add some more options.

And if you're playing in Prepared/Modified, you get even more adjustments to fiddle with.

These are all potential tuning adjustments for the understeer condition we described. And that all presumes that we've already eliminated the "stupid stuff", like loose bolts, binding suspension, dead tires, and driver mistakes.

You have to take a guess. And even the best people guess wrong sometimes. So what additional information can we bring to the table to improve the chances that our guess is the right one? 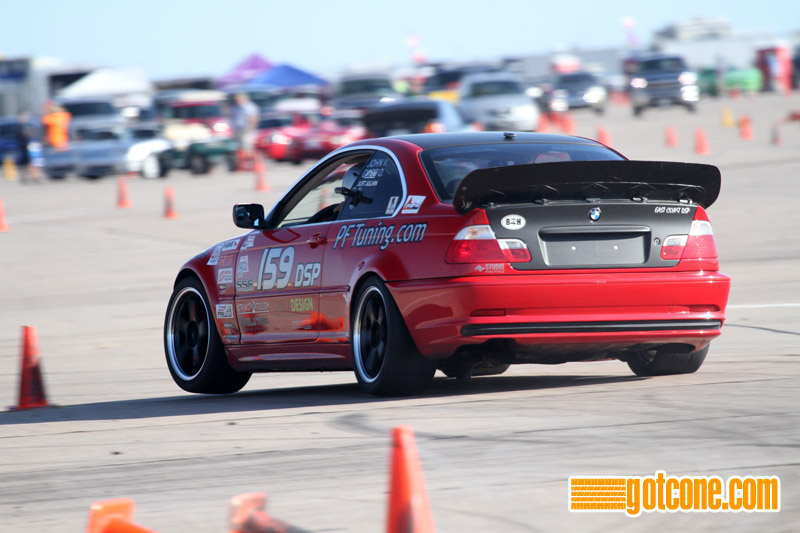 Tuning a car's suspension became much easier for me when I started trying to envision the car in all three dimensions, and "feel" how the weight is moving around on the car. A car accelerates in fore/aft and left/right directions, but it actually acts a lot more like an airplane than you might think. Tuning a suspension requires you to think in pitch, yaw, and roll. More specifically, it requires you to think about how yaw, pitch, and roll result in weight being transfered to your four friends, the contact patches.

For example, we know understeer happens when the front tires start to slide. But they never "just slide." A sliding front tire is the result of weight moving around on the car in a way that the front tires didn't like. And if you pay attention, really close attention, you can start making better guesses at exactly how those front tires are sliding, and why.

First envision yourself as the weight of the car moving about on its suspension. Use the techniques we discussed in the last post to feel what the car's chassis was feeling. Feel the weight move toward the front tires as you hit the brakes. That weight was split evenly across the front tires while we were braking straight, but it starts moving toward the left front tire as we turn the wheel right, shoving that one poor tire into the ground with a huge force. The faster we move the wheel, the faster the weight gets "thrown" to the other side.

OK. Now that we've done that: Try making your guess. Are the front tires sliding because...

Of course, this is all easier to say than to do! But hopefully we're finally starting to zero-in on that one magic adjustment that will solve the particular problem we're having.

We're still working toward figuring out what to do to make our car handle better. We've learned some mental…