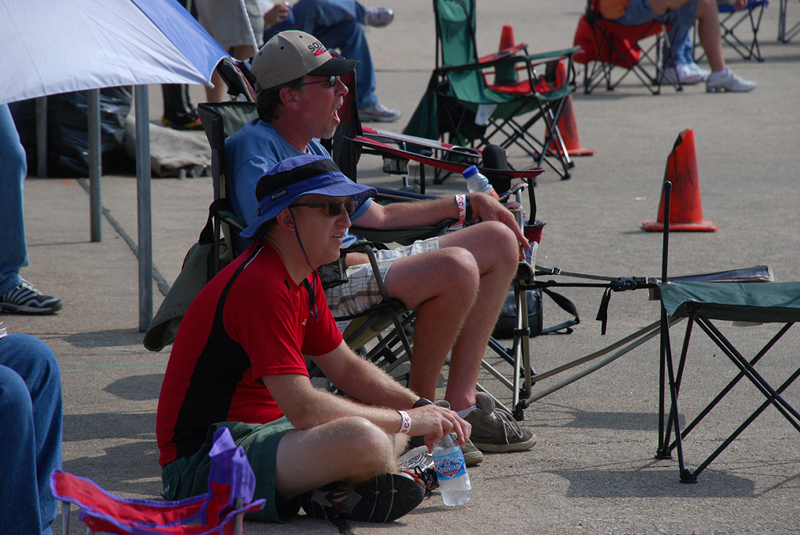 With the SCCA Solo National Championships fast approaching (known simply as "Nats"), some 1200 people around the country are starting to think about what is going to happen when they get there. Some drivers will exceed their wildest expectations. Others will go home bitterly disappointed. Most will probably finish roughly where they expect.

But there's no denying that Nats is special. The best autocrossers in the country will converge on Lincoln Airpark and take three runs each on two different courses. Only one run on each day is used for scoring. Winning a trophy is considered a major accomplishment, and becoming a National Champion is a revered status that distinguishes you from your peers and forever etches your name in the back of the rule book.

If you ask me, that's some big pressure!

But if you ask people how they mentally prepare for this, many will tell you they treat it like any other local event. The idea is to deal with the pressure by pretending it doesn't exist. If you try hard enough, you can trick your mind into ignoring everything that is going on around you.

Let's walk though how this is supposed to work:

Even if you survive all that for one day, you have to deal with the most unique and fascinating aspect to the National Championships: You need to do it all over again tomorrow. If you're unhappy with your runs, you might still be in a funk the next day. If you found yourself in the hunt for a trophy, or (eek!) in the lead, you've got 22 hours to stew in your own juices. Will you bring home that hardware, or choke and cone it all away?

Anyone who can truly ignore all this and pretend they're just at some local event has my utmost respect. But does that really work for anyone? I have a very hard time believing it. Even if it can work sometimes, it makes for an incredibly thin defense. If anything gets through your "pretend wall", you're suddenly confronted with a reality for which you have no coping skills.

In my experience, the people who are consistently successful are the ones who have figured out how to take this pressure head-on. Some people do this naturally, but most of us don't. Whether consciously aware of it or not, the really successful folk tend to have a combination of healthy attitudes and rituals that build multiple layers of defense from the pressure.

Everyone has a particular cocktail of techniques that works for them. There's an endless variety, and over time, we'll discuss a number of them that you can try. But here's the best place to start: Practice.

More on exactly how to do that next week.

Seat Time, Without The Seat

The Big Show If you buy into the logic that the National Championships is not just another event, then…